If you’re first time hackintosh builder you may not be aware that you need a dedicated graphics card from AMD or Nvidia to get working sleep/wake with the latest LGA 1151 chipset.

I also recommend getting a graphics card for other reasons such as macOS running smoother, weird graphical bugs going away and being able to use higher resolution displays like 4k or 120HZ at their full without any injections.

But not everybody has hundreds of dollars to shell out for an additional graphics card for their computer therefore I made a list of the cheapest cards with working sleep and wake you can get around  a $100 or less.

But this card is also the slowest of them all. If you are on a really tight budget and don’t anything really graphical intensive on macOS. This card could work for you.  It’s only 50% the speed of the integrated GPU of a Sky Lake or Kaby Lake processor and doesn’t come with a display port connection meaning you should only use this card if you are using a monitor with a HDMI/DVI port. On the plus side with native support it’s a very easy graphics card to get working. 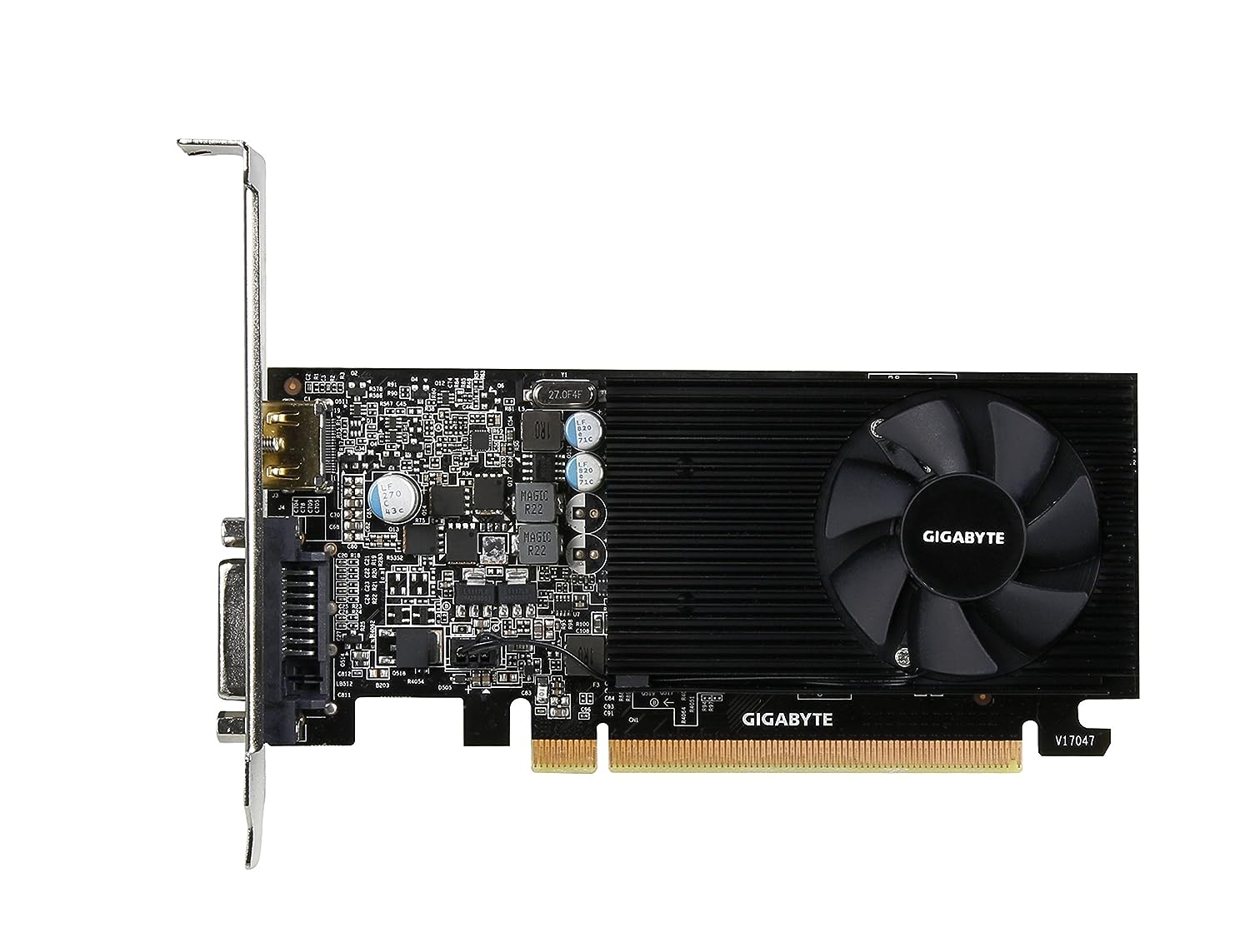 The second cheapest card available and a much better value than the GT 710. This card is twice as fast as the graphical performance of a modern Intel iGPU. You’ll need to install Nvidia Web Drivers in order to use it since it’s based on the Pascal architecture and you will also need to be using Sierra 10.12.4 or later for the driver support.

The cards look cute with a nice low profile that would be good in a extra small form factor PC build. This card also doesn’t come with a display port conneciton therefore if you want to use a high resolution display like  4k, 3440×1440 or 144HZ. I’d recommend atleast spending $10 for the card below. 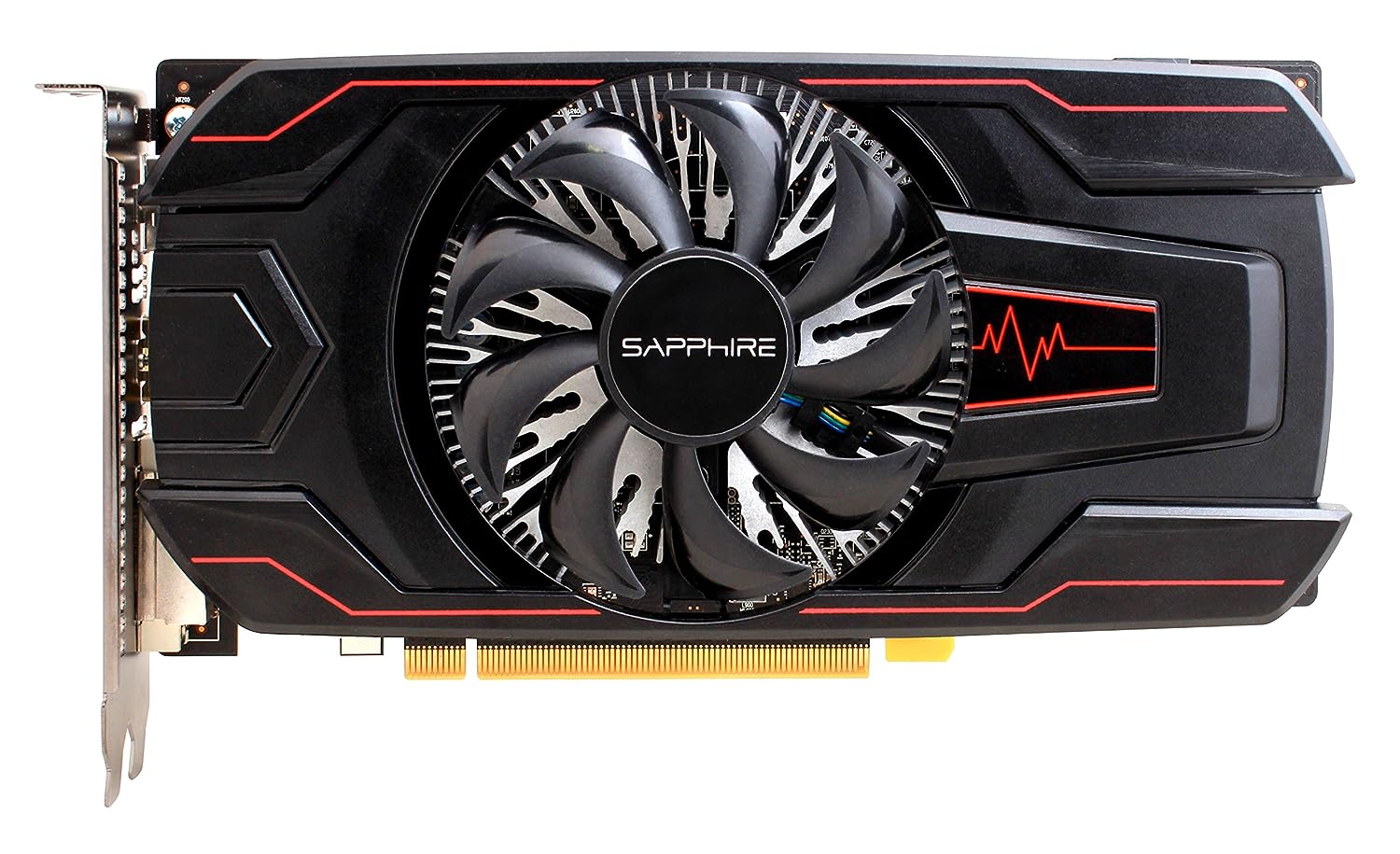 If you want to go the AMD route I highly recommend getting this over the RX 550, because it’s over 50% faster at only $20 more making it the better value card. AMD graphic cards can now work almost nativily on a hackintosh with as of 10.12.6 by following these steps. Also this card comes with a display port connection for high resolution displays.

You’ll get performance Nvidia can’t offer for the price point in macOS. Sleep and Wake also work on AMD RX Polaris cards which now makes it a viable and better performing alternative to Nvidia’s offerings.

I personally picked a RX 560, because it outperforms even my $150 GTX 1050 Ti in programs that I use a lot like FCPX. Also I wanted the native stability that comes with mixing AMD with macOS things are noticeably smoother. 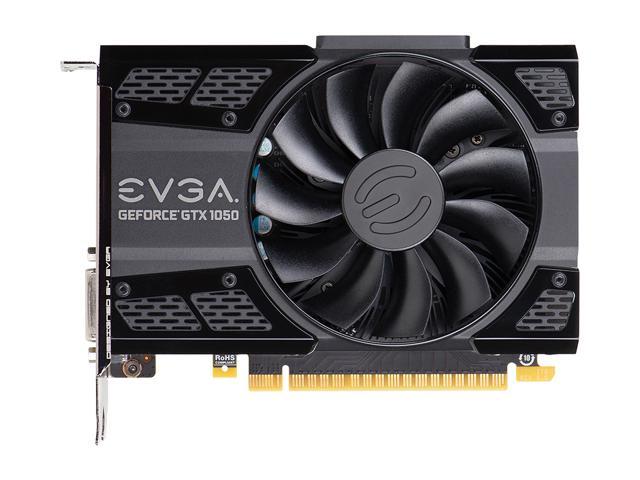 This the last Nvidia card closet to the $100 price point at the moment.Marginally out performs RX 560 in synthetic benchmarks only, but you will have to sacrifice native performance so the GTX 1050 will run slower in macOS.

If your trying to decide between AMD and Nvidia. It going to depend on what  applications and whether you need CUDA support or not. With Nvidia you are going to have to rely on waiting for Nvidia drivers that do perform suboptimal compared to on Linux and Windows. AMD cards at the same price point will run better on macOS since that’s what the operating system is optimized for.

Once you make a choice you can follow the Graphics Guide choose a card you can follow are graphic cards with instructions on how to get the cards working in macOS:

Choosing a graphics card for your Hackintosh

17 Comments on "Cheapest graphic cards available to hackintosh in 2017"

I bought an rx550 based on this article. doesn’t work on hackintosh. 🙁

Did you follow the guide properly? http://hackintosher.com/guides/hackintosh-amd-graphics-cards-sierra-10-12-6/ Other people with an RX 550 have gotten it working.

I’ve the same problem with a RX550 on a Core i5-7600K system with Sierra 10.12.6. I have video output over DVI, but no acceleration at all and it only mentions 7 MByte VRAM instead of 2 GByte. I tried to inject other device IDs like the 0x67FF1002 (=RX560) with Clover (Inject ATI checked, FixDisplay checked, Fake ID on the Devices page set to 0x67FF1002, even tried LoadVBIOS=yes), but System Information keeps saying that I’ve got a 0x699F1002 (=RX550) in my system and the AMD kexts have no matching PCI ID for this card.

BTW, WhateverGreen won’t help for the RX550 as the current version has a model definition for a “Radeon Pro 450/550” (Pro and RX mean the same) with the device ID 0x67EF whereas the real 550 has the device ID 0x699F. I can’t find a clue that there’s even a Polaris 12 driver included in Sierra.

Nobody has got the RX 550 working. In case I am wrong please do point to evidence…….been on all the forums and the story is the same everywhere. You really ought to take this card out go your guide.

I agree. The forums are full with posts about non-working RX550, but nobody has a working one. I’ll return my RX550 and get a RX560 instead. I only wanted a working sleep/wake, but with Intel’s HD630 it’s currently not possible. My old HD4000 with an Ivy Bridge CPU can do that and four years later we have to deal with a stupid black screen after wake-up.

Update! I made the guide for an RX 560 with a ASUS Z270 motherboard see if it can work for you.

Will the GeForce GT 710 work on High Sierra and output 2k through hdmi? My budget i3-8100 build has hit a wall because I can’t figure out how to output 2k resolution with acceleration through the motherboard’s hdmi port. Going to give up and install windows soon.

Thanks for the reply. I have an ASRock Z370 Pro4 which says it supports 4k through hdmi. I followed your guide here:

I can output 2k without acceleration (generally glitchy, chrome unusable). I was able to get acceleration with different kexts, but it then gives me a max resolution choice of 1080p. Would buying a 2.0 hdmi cable perhaps work or do I have a basic hardware problem? I really don’t know.

Update: Tried a different cable with 4k printed on the side. No luck. I can output 2k with acceleration just fine in Linux and Windows. I guess it wasn’t meant to be.

Update 2: I was able to get everything running properly with an old Radeon 7770. I’ll buy a GT 710 for the computer I pulled it from.

I have an MSI GT 710 with a VIew Sonic 2560×1440 monitor and it works just fine over the HDMI cable with HDMI 1.4. I bought a dual link display port to DVI cable but that actually didn’t work. It also works with DP with my onboard graphics. Current settings are 2560×1440 60hz

can we have a 2018 version of this guide

I’m lucky for buying a used GT 710, I can freely install a hackintosh lol but now I’m thinking of GTX 1050 for some video editing