SFF case builders have been dying inside waiting for a mini ITX motherboard ever since Ryzen was announced. We’ll there’s good news, three new Ryzen ITX boards from ASRock & Gigabyte coming out shortly. Check them out below along with release dates. 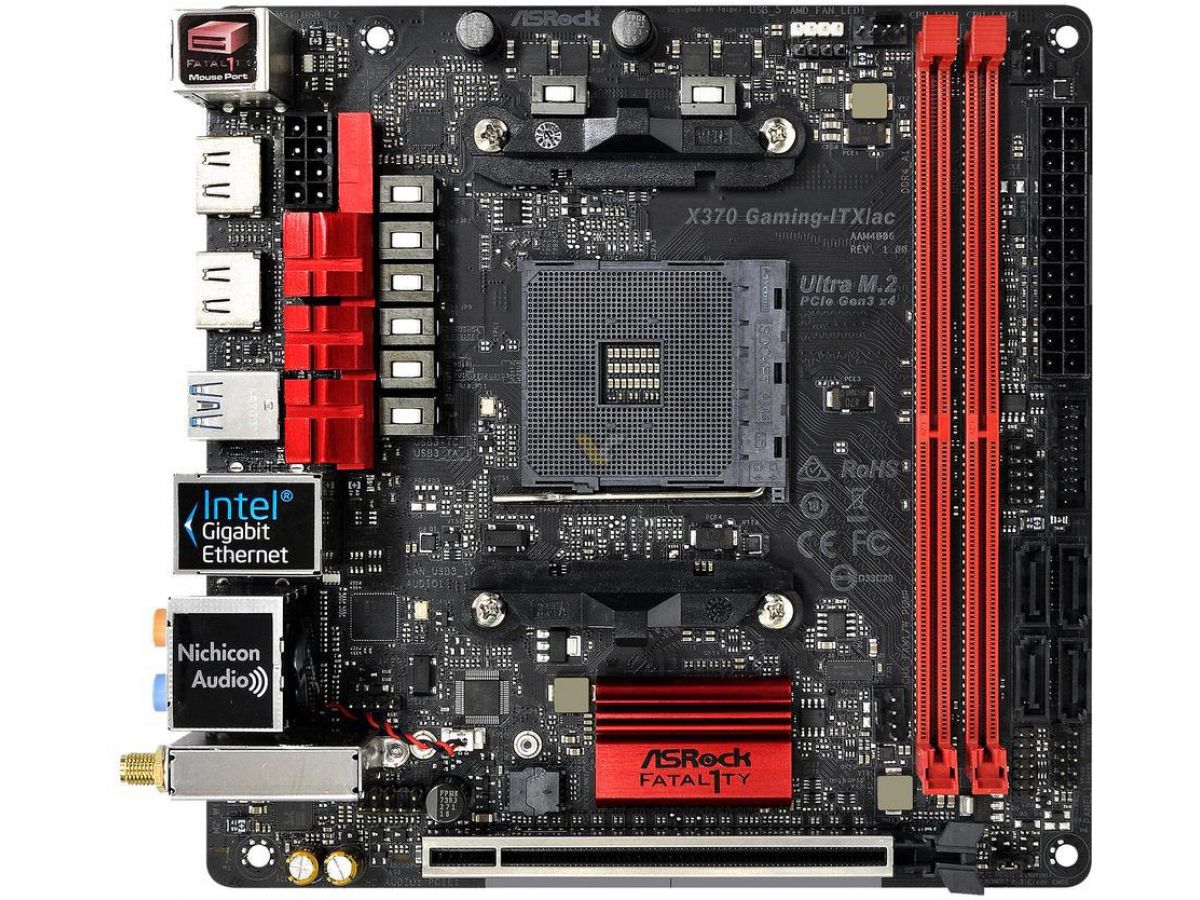 The X370 ITX variant may feature higher quality VRAM’s for better overclocking and motherboard longevity, but other than that they appear to be twins they feature the exact same layout. Same placement of pins, shielding and an identical IO layout on the back. 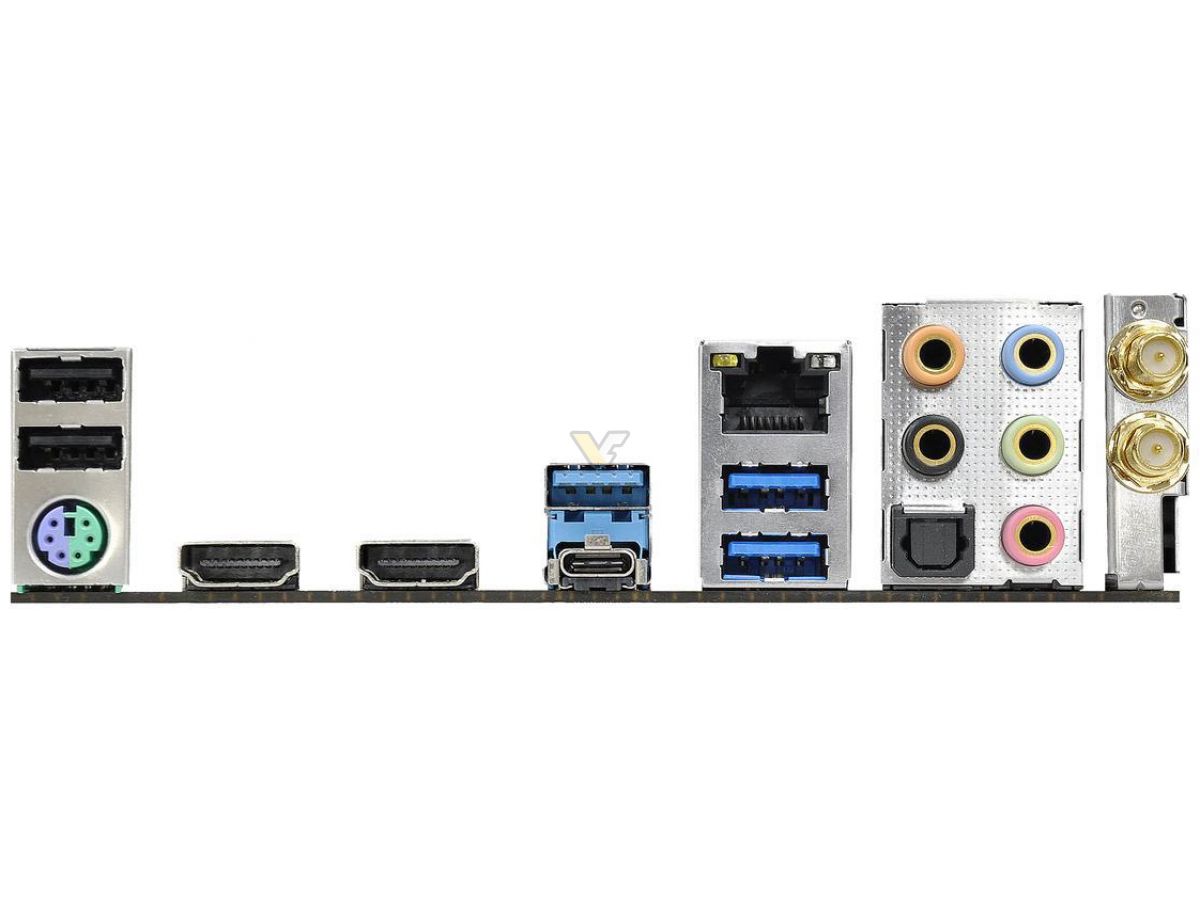 There’s been confusion over whether the ASROCK twins will include USB 3.1 Gen2 ports or not. From the latest information available it appears there are no USB 3.1 ports. Even the USB-C port runs over USB 3.0. ASROCK had trouble with trace limits on there ITX board and therefore couldn’t include 3.1 USB in time for release. Also disappointing is the lack of USB ports even on the X370 variant for what you’ll be paying. It’s also strange that they decided to include two HDMI’s instead of a DisplayPort.

Full specs: The specs of the boards are identical, but the X370 will include a external wifi module instead of antennas.

Release date: There has been conflicting information from ASROCK about the exact date when they are going to release the motherboards, but based on multiple responses by them  the release window is going to between the first and second week of July and will be definitely available by July 15th, unless they have to push release back again.

Gigabyte has announced there AM4 ITX motherboard called the AB350N-Gaming Wifi. It includes more features for your money than the ASRock boards can, but it’s weird layout and pin placement  may deter some. 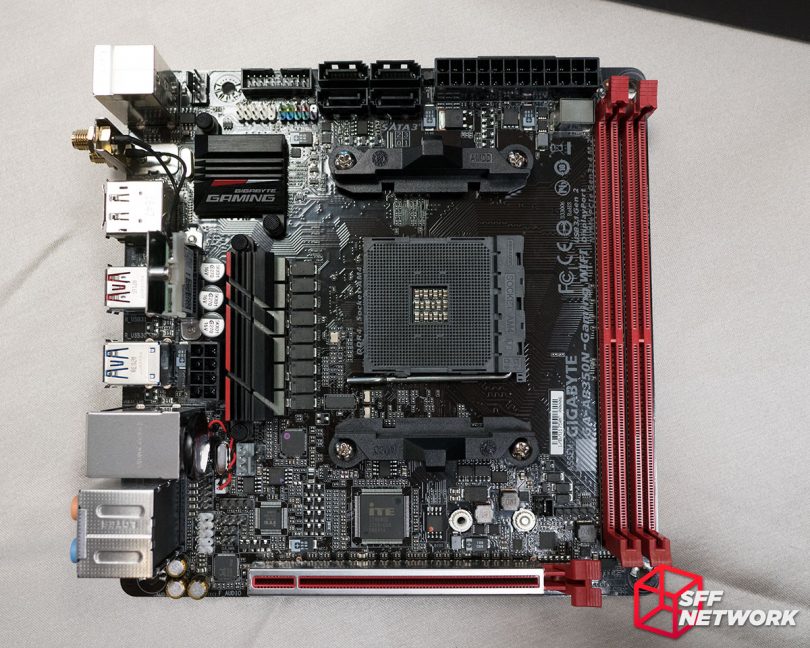 As you can see in the image above, the USB front header, SATA ports & motherboard input are placed along the top. This layout will make it difficult to work with some ITX cases, while benefiting others. If you decide to get this motherboard make sure you get a case that has a USB Front header that can reach the top of this board.

The placement of the 8 pin cpu power cable may also pose a problem for those that use a rear mounted exhaust. You wouldn’t want hot air blowing on your cable and there is likely to be a lot of it with a  small form factor case, however, this wont be a problem for those of you who use  a top, bottom or side fan exhaust instead of a rear one. 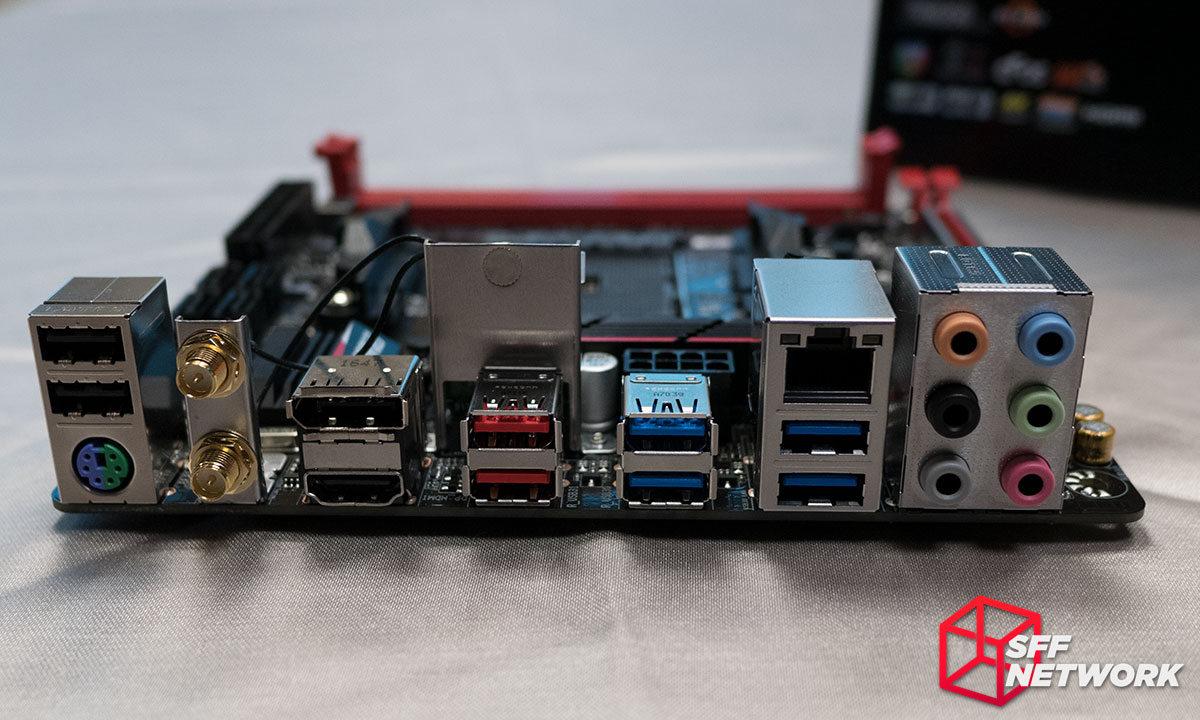 The rear IO is filled out with wifi, HDMI+DP, 7.1 audio and 8 usb ports.  Noticeably absent is a USB Type C port, which was originally supposed to be included on this motherboard according to the previous specs. In its place there is a second USB 3.1 Gen2 Type A Port.

If you need more USB ports and USB 3.1 speeds and not bothered by the layout and lack of USB Type-C this could be better the buy for you. Another upside of Gigabyte motherboard’s is that their easy to get working with Windows 7 for those holdouts that find Windows 10 disgusting.

ASUS: They have shown interest in making an ITX board if demand was high enough, however months after that statement they still  havn’t announced any upcoming SFF motherboards, despite high demand for the already released BIOSTAR motherboard. A disappointment since ASUS is known for the quality of their higher end motherboards.

MSI: Have not released any information about a potential ITX motherboard.

If either of these companies plan to release a Ryzen ITX motherboard then it will likely come around the time Ryzen 3 releases, which many people are likely to use for HTPC systems. Ryzen 3 is expected to come later this year with rumors pointing to a potential August release.

BIOSTAR – The only contender

At this very moment the only ITX motherboard that can be gotten at hand is the BIOSTAR X370GTN, which is likely to remain the cheapest ITX motherboard available for the AM4 chipset for awhile.

The board works better than previous BIOSTAR motherboards that were notoriously bad. Most people’s complaints revolve around it’s poor bios layout, bad I/O shield, lack of features, cheap feeling and call it a B350 board disguised as a X370.  A basic board for basic builds  is something you should expect with a motherboard that’s likely going to still be cheaper by $40-50 when the ASRock & Gigabyte motherboards hits release.

1 Comment on "Need more AMD AM4 Ryzen ITX motherboards? Here’s when their coming out"

when will an am4 ITX with usb c type 2 be available?